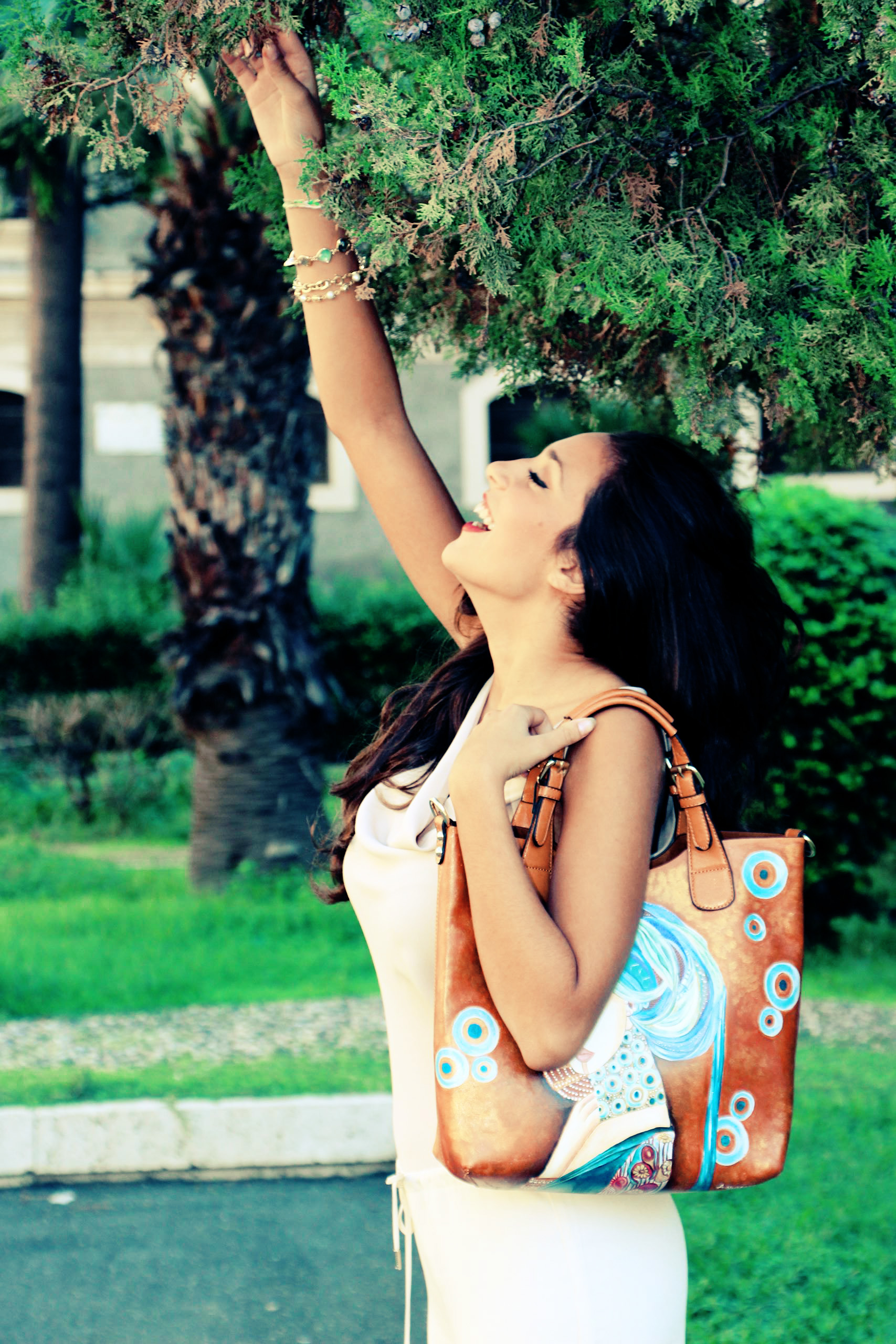 Piazza del Duomo of Catania is the city’s main square. In it converge three roads, which are via Etnea, the historic town board, the via Giuseppe Garibaldi and the Via Vittorio Emanuele II that runs through it from east to west. On the eastern side of the square the Duomo stands, dedicated to the patroness of the city, celebrated on 5 February.

On the north side there is the palace of the elephants, that is, the Municipality. On the other side of the square are located the Amenano fountain, very famous for the residents, within which are disposed of coins (as in fountain in Rome) and beside the palace of Clerks which is connected to the cathedral by a passage racing on the Uzeda gate. The terraces of the palace and the Seminary of the Clerics of Uzeda gate can be accessed by the Diocesan Museum of Catania, which is headquartered in the palace of the Clerics Seminary adjacent to the Cathedral. From the terraces you can admire two wonderful views: on the one hand, the spectacle of the Catania Duomo square with the Elephant Fountain and Via Etnea with Mount Etna in the background; on the other hand, the walls of Charles V, the port of Catania with the arches of the Navy until Ursino castle. The door of Charles V is one of the only remaining section of the city walls.

At the heart of the square is the one that is the symbol of Catania, called “u Liotru”, a lava-stone statue representing an elephant, topped by an obelisk at the center of a fountain in marble remodeled several times.

The Achilliane thermal baths are underground spa facilities, dated to the fourth and fifth centuries and located about 4/5 meters below the Piazza del Duomo. You enter at the thermal baths, from the Diocesan Museum of Catania: a hall with a barrel vault in the cavity made between the Roman structures and the foundations of the cathedral (to which access is made up of a short flight of steps from different eras on the left side of the façade) It allows you to make a journey into the bowels of the city, where the river Amenano which date back to the surface waters in the nearby fountain dell’Amenano in the square outside. The plant name is derived from an inscription on a marble slab lunense which fell into six main fragments very patchy, probably dating back to the first half of the fifth century, on display today in the Civic Museum at the Castello Ursino.

The age of the building foundation is still debated, but it is considered probable that it already existed in the fourth century: the existence of the building in the Constantinian era is postulated based on the re-use inside the cathedral a group of the period capitals , that could come from this building. Buried by the earthquakes of 4 February 1169 and 11 January 1693, the remains – already known in ancient times – were first released by the Prince of Biscari. In 1856, during the building of the tunnel that passes under the seminary of clerics (now the fish market) they were found ruins of which also were attributed to the same building, perhaps belonging to a calidarium, as there were no traces of a floor to hypocaust . The structure had to extend to the Via Garibaldi, where they found other leftovers.

According to the nineteenth century planimetric reconstruction of the complex, the currently be visited, probably included only part of the frigidarium. From 1974 to 1994 were shut because they were considered unsafe. It was reopened after a restoration of the town (1997) and again closed for flooding problems. After the works of paving of the Piazza del Duomo (2004-2006) – during which he felt compelled to cover the top surface of the cover (which is at the same level of the square) with a massive steel plate to strengthen the ‘ decors for the square itself – the thermal building was re-opened to the public.

The temple has been repeatedly destroyed and rebuilt after earthquakes and volcanic eruptions that have taken place over time. The first building dates back to the 1078-1093 period and was built on the ruins of Achilliane thermal baths dating back to the Romans, on the initiative of Count Roger, acquiring all the characteristics of ecclesia provided (ie fortified). Already in 1169, a catastrophic earthquake demolished it almost completely, leaving intact only the apsidal part.

The monument was built in the second century, the exact date is uncertain, but the type of architecture argues in favor of the epoch between the emperors Hadrian and Antoninus Pius. It was reached by the lava of 252-253 but not destroyed. In the fifth century Theodoric, king of the Ostrogoths, used it as a building material quarry for the construction of masonry buildings and, later in the eleventh century, Roger II of Sicily took out additional structures and materials for the construction of the Cathedral of St. ‘Agata, on whose apses still recognize her perfectly cut stones used, perhaps, even in the Castello Ursino age Frederick.

In the thirteenth century, according to tradition, his vomitoria were used (the entrances) by the Anjou, to enter into the city during the so-called War of the Vespers. In the following century the entrances were walled up and ruin it was incorporated into the Aragonese fortifications Network (1302). A mass in the ruins security came with the construction plan of the city walls in 1550; He was shot down on the first and second floor, with its own rubble happened filling the galleries. After the earthquake of 1693, it was finally buried only to be turned into the parade. Later they were built above the cover new homes and the church of San Biagio (called ‘A Carcaredda, that is the kiln). 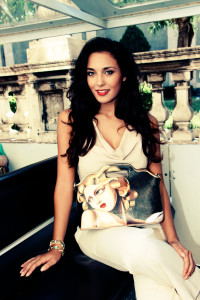 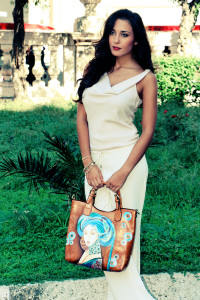 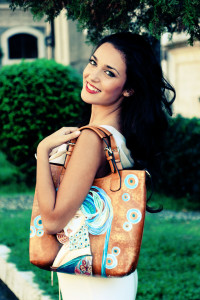 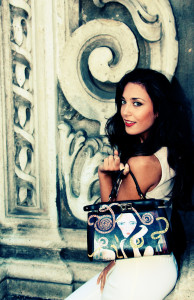 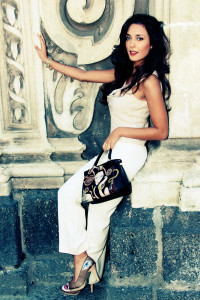 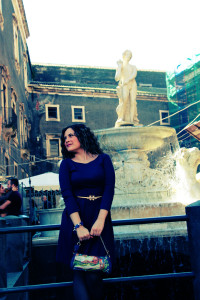 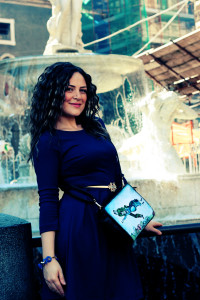 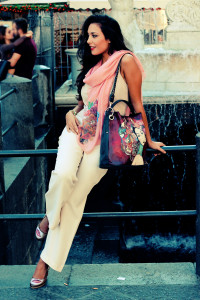 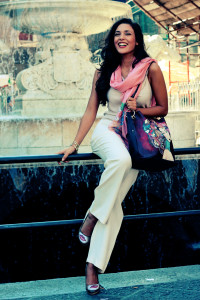 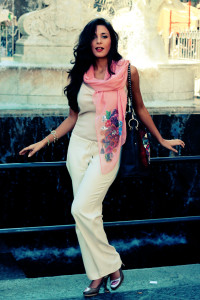 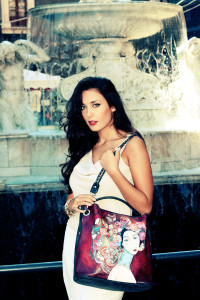 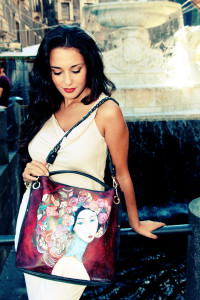 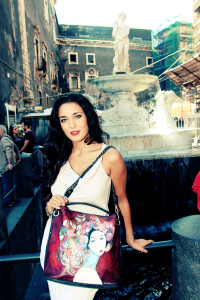 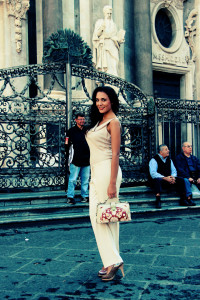 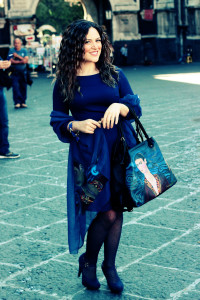 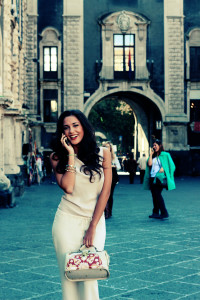 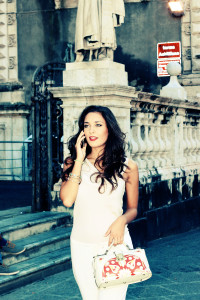 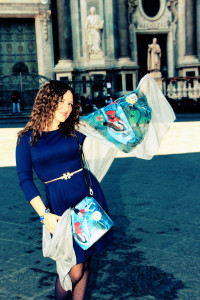 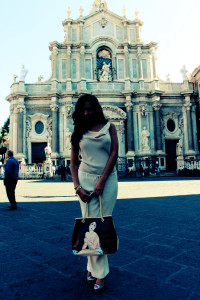 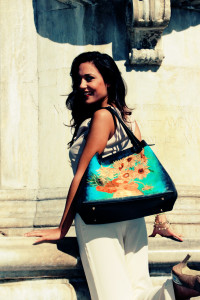 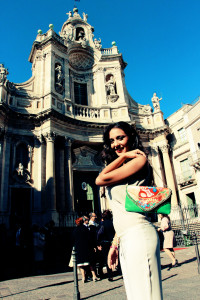 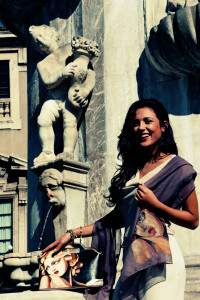 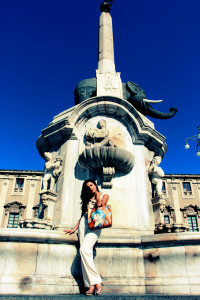 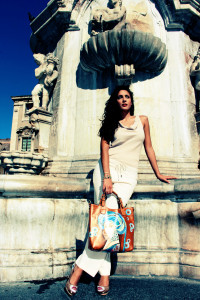 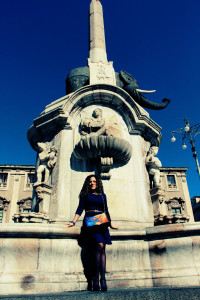